Microscopic Bacteria That Could Be Infesting Your Family’s Water

A number of discoveries and innovation over recent decades has decreased the world’s exposure to contaminated water. However, despite all of these advancements, there are still people struggling to avoid some of the most common water-based bacteria in their homes. These different contaminants hide themselves in local bodies of water waiting to seep into local drinking water supplies. These water supplies then become contaminated and pose a serious threat to you and your family.

The risks associated with contaminated water differ based on which bacteria has infested the water. Regardless of the bacteria, your family should be made aware of the risks associated with consuming this water. In addition, your family should be made aware that it’s not just the water that’s sourced from the faucets around the home that is contaminated. The plumbing, the sprinkler system and everything else in between will also be contaminated. Families should be weary of coming into contact with any of the contaminated water in order to avoid serious illness.

A list of the most common water-based bacteria that find their way into homes has been included below:

Legionella: the bacteria notorious for Legionnaires’ disease. Those infected with this bacteria will face a flu-like illness with flu-like symptoms and inflamated lungs. Most common symptoms include coughing and shortness of breath. However, severe cases have been known to produce serious nausea and vomiting, in addition to muscle aches. As this bacteria is spread through contaminated water droplets, it is important for families to conduct routine maintenance on the different water supplies of their home in order to ensure this bacteria is not creeping through the pipes.

E. coli: typically, this bacteria is found in most living organisms’ digestive systems. However, this pesky invader can find its way into drinking water supplies as well. In most instances, poor treatment of wastewater in surrounding areas can cause this bacteria to seep into local water supplies. If you happen to drink water infected with this bacteria, you will likely face some gastrointestinal issues like vomiting or diarrhea. It’s best to avoid any water that you or your family may suspect of being contaminated with this bacteria.

Salmonella: likely the most common of the listed bacteria, and also one of the most transmittable. This bacteria is commonly passed about in the home through coldblooded pets. If you or your family is infected, symptoms often include severe gastrointestinal issues. Luckily for your family, the snake or lizard doesn’t have to go! In order to avoid contracting this bacteria from your family friends, remember to thoroughly wash your hands with soap after coming into contact with the reptile and any of the objects it may have come into contact with.

Unfortunately, these are just a few of the contaminants that can find their way into your home and threaten your family. For additional information on some of the additional contaminants out there, be sure to check out the featured resource coupled with this post. You’ll also find additional strategies to combat these different bacteria as well!

Chris Ebener is a mechanical engineer for LiquiTech, with a proven track record of diagnosing and remediating public water system issues of various sizes and complexity. Ebener is an expert on the biochemical makeup of facility water systems, system architecture and various methodologies of public drinking water treatment.

You can avoid headaches and the aggravation of allergies by using natural non-toxic household cleaners. Natural cleaners won’t harm your lungs and they will save you tons of money. Here are the top five: 1. Read more… 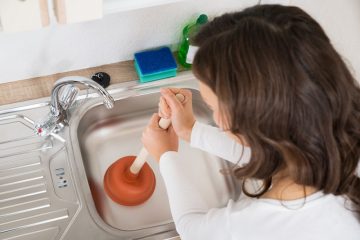 Blocked pipes and drains are common household problems. Blocked drains create huge problems such as overflow of sinks, kitchen, toilets and a lingering stench. It creates an unhygienic environment and can lead to several air-borne Read more… 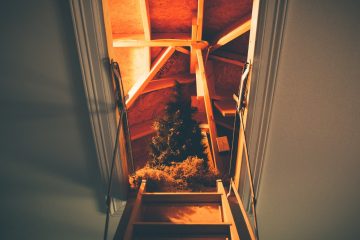 How to Clean An Attic

Generally used for storage, attics also help control temperature in a building. Attics are as important as any room in the house, thus, it needs to be regularly inspected and maintained as well. Why do Read more…