Setting Up Internet In Your New Home? Consider These Connection Types

Congratulations. You’ve finally moved to the neighborhood of your dreams—one which overlooks the deep blue sea.

Now, all you need to do is digitally upgrade your personalized space and get a clear connection to the internet stream. Because, if you don’t, your daily tasks and business operations will come to naught.

That’s how far this advanced technology has come to permeate our lives.

Coming back to the point, there are various home networking options which you can pick from. The top ones are listed below.

A cable internet connection is a type of broadband network which uses the same line as your cable television.

Data is sent over special coaxial wires which split into two when they reach your home. One goes to the back of your broadband modem while the other is affixed to the set-top box of your TV. This is arguably the most prevalent sort of internet connection which can be found in multiple households across the States.

In terms of speed, cable has a faster transference rate than DSL. It can support up to 300 Mbps of bandwidth, whereas, DSL only goes as high as a 100 Mbps—though it’s being worked upon as we speak. There’s one tiny setback though. Because it is a shared neighborhood connection, the speeds of cable internet are often under the spell of low latency, unless you’ve gone ahead and subscribed to a lightning-fast network as powered by Spectrum services.

This is a form of a wireless network connection which depends on an orbiting satellite to transmit the internet signals.

It works like this. A satellite broadband provider projects the data to a select satellite in space. This satellite then locates your home and redirects the data packets to the dish that’s mounted on the roof of your house. Signals from that dish are then fed to a modem, which makes them readily available for your computing devices. All of this happens in a matter of milliseconds.

Satellite broadband connection has been deemed ideal for residences that are located far off from the major grid areas. Though, a slight demerit of this network is the weather interference which obstructs a smooth signal flow sometimes. DIRECTV and DISH are two of its famous providers.

Also called ‘Digital Subscriber Line’, this networking variety relies on the telephone lines in your neighborhood to transmit the digital signals, which give you access to the internet through the broadband modem.

DSL offers a speed ranging from 128 Kbps to 3 Mbps per second, which is good enough for a small household.

Moreover, it has two types: symmetric (SDSL) and asymmetric (ADSL). The first type of connection gives equal upload and download speeds, hence, the symmetry. The second type provides higher download speeds than the upload speeds, hence, the asymmetry. ADSL is actually ideal for residential networking because typical householders download more data than that they upload. One of the most famous DSL providers includes AT&T.

Short for ‘Broadband over Power Lines’, this connection type follows the reasoning:

If you can send broadband data over phone lines, there’s no reason why you can’t send it over residential power lines as well. Given there’s space enough in the wires for the internet traffic.

It’s an ingenious method, nonetheless. But controversial at the same time. Why? Because BPL signals give birth to widespread interference in the whole powerline-vicinity so much so that even other radio frequencies are affected to some extent. Other than that, this network type requires a special sort of equipment to be installed in a home effectively. Still, it is an interesting collaboration between the utilities and the ISPs.

So, now that you have gone through various varieties of internet connections from cable to BPL, you can easily choose the one that suits your needs the best, make an informed decision and set up networking in your new home like a pro.

Rimsha Ather is a professional writer with two years’ worth of practical experience in content creation, curation, and marketing. Her blogging interests range from technology to travel, with the latter gaining special attention from the readers. On the side, she is a metal-enthusiast, an occasional painter and a culinary freak with flavorsome stories up her sleeve. 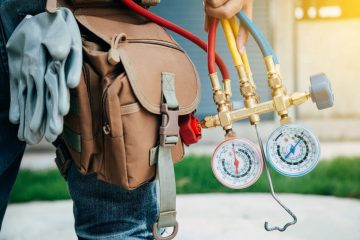 How To Choose The Best Bryant HVAC Unit Repair In A Shoestring Budget?

HVAC systems need to be repaired at any moment and you never know when you have to deal with an emergency breakdown. The cooling and heating air appliances in your home show various signs of Read more… 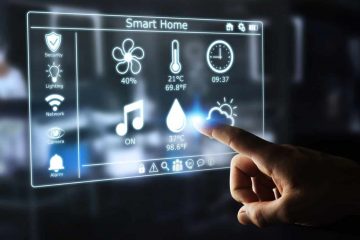 What Is Home Automation? Is It A Good Idea?

We’ve read and heard the term hundreds of times lately, but are we clear on what exactly it is? To understand it, we must first know the definition of home automation and then, how we Read more…