When ICE Brings the Heat: How a GC can Prepare for Increased Immigration Enforcement

Regardless of the political divide in our country, it’s time we admit immigration enforcement is coming on strong – and is here to stay. It’s starting to impact the construction industry, where use of undocumented labor has long been tolerated in a “don’t ask-don’t tell” sort of understanding.

There were signs even before March, when Immigration and Customs Enforcement (ICE) raided a construction site in Washington state during operation “Safe Cities.” Several laborers were arrested and deported, sending a chill through the local labor market. Many blamed (or thanked) the current presidential administration, though deportations under Obama exceeded those of all previous presidents.

With some estimating that over 13% of construction labor is undocumented (compared to 4.9% of the entire US workforce), we need to face a harsh reality: As a general contractor, you’ll likely need to deal with immigration enforcement — either among direct hires or subcontractors. Neither undocumented immigrants in construction — nor the efforts to control them — are going away any time soon.

Best be prepared. ICE is bringing the heat, and it could get unbearable.

The prime document establishing worker eligibility is IRS form I-9. It’s a simple self-statement that your hire is eligible to work in the US, either by citizenship or work visa. Employers are required by law to collect and check these at time of employment and keep them on-file. In case of an ICE investigation (or raid), the I-9’s are the first documents to be requested and scrutinized.

It sounds like I-9 compliance should be simple – if somewhat tedious. That’s not the case.

On average, the government finds five errors on each I-9 it examines during an audit. On the surface, it would seem those inaccuracies could be rooted out by a regular audit combined with a demand for documentation from employees.

However, even asking employees to validate their I-9’s can be grounds for a discrimination complaint with the EEOC. Requesting more than the most basic proof of legal work status can invite charges of “over-documentation,” especially if the validation requests aren’t uniformly applied to all employees in all geographical areas and job descriptions.

Thus, I-9 compliance is a potential minefield of good intentions gone astray. It’s not easy, but a good faith effort to keep and validate I-9’s must be made (and documented). A standard ICE audit requires a subpoena and three-day notice. That’s enough time to gather filed documents and get your lawyer involved.: It’s not enough time to start collecting and validating I-9’s – and other employment records — from scratch.

The best approach to staying prepared:

Make friends before you need them. Consult with an HR specialist or attorney before it’s needed. They can help you formulate a valid and defensible I-9 policy, and you’ll need someone to call should an audit or raid occur. It’s good to have that relationship in-place before it is required.

Get a policy in place. Have a written I-9 policy that takes your whole organization into account. Make sure it applies to all employees in all regions as uniformly as possible. Appoint a single point of contact for I-9 issues who can carry out the policy. Educate staff on how to validate I-9 forms in accordance with your policy, and how to respond to an I-9 audit request from ICE.

Audit with care. Perform regular I-9 audits on current and even recently-terminated employees. Yes, ICE can bring action against you even if the undocumented worker has already been let go. Your I-9 policy should include a purge date for when I-9’s for former employees are permanently removed from company records.

Some GC’s might still assume the legal work status of a subcontractor’s employees are of no concern to the general public. Nothing could be further from the truth. Knowingly and willingly using a sub who employs undocumented workers is grounds for harsh penalties from ICE. GC’s need to be aware of the risks of using subs, and manage around them.

Here are some tips on how to safely deal with subcontractors:

Let them breathe. Is your subcontractor really a sub? In some situations, the GC takes on a direct management role over the work of the sub’s employees. This suggests the GC should also be aware of (and responsible for documenting) the immigration status of the sub’s workers. Examine your relationship with your sub and make sure you’re not exerting too much control.

Don’t look at the forms. Since your subcontractor is responsible for establishing the legality of their own employees, you shouldn’t need to review their I-9’s. In fact, just don’t. Refuse to review the I-9’s of your sub’s employees. Exercise a good-faith policy towards your sub’s ability to maintain a documented workforce. It’s their responsibility.

Avoid the shady operators. You’ve already determined that subs vary greatly in quality of work. That variance extends to their ability to establish legal work status. Avoid the subs who seem quick and ready to take on extra work with a constantly-changing group of workers with no apparent legal status.

When you know, let them go. Once you suspect the sub is using undocumented workers, terminate the relationship. Continuing to use the services of a sub you suspect is out of compliance is grounds for prosecution from ICE.

As a GC, you know success depends on considering all potential risks and putting terms around them in the contract. Considering the recent emphasis on immigration enforcement, it only makes sense to include recognition of those risks in your contracts.

Even a minimal immigration enforcement action can add 10 to 25% to labor costs for a job, and extend timelines considerably, according to Jesse Fowler, president of Tellus Design + Build in Costa Mesa, CA. Customers are increasingly aware of the potential impacts of immigration enforcement and should be ready to consider contract language allowing for the discovery of undocumented workers.

Of course, also be aware that your subs will need the same recognition of risks in their contracts with you. Fair’s fair, after all.

The key to success as a GC is awareness, of course: awareness of the risks of undocumented workers is the sort of knowledge you need to stay afloat and prosper.

If you’ve enjoyed the blog and found the information useful, feel free to share it with your industry friends. You can also check out our HOVER app. HOVER transforms smartphone photos of any home to a fully measured, customizable 3D model so you can estimate a project confidently and easily visualize what the final project will look like. 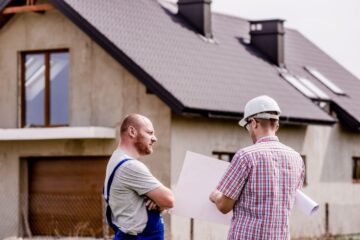 A Simple Checklist for Building Your Home

Building a house is one of the largest and most significant commitments an individual will make in their lives. For most people, it’s a one-time investment that will last a lifetime. Because of this, it’s Read more… 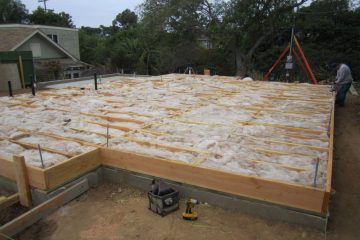 Advantages of a Pier and Beam Foundation

The shift from pier and beam foundations to slab-on-grade foundations took place after the 2nd Great War. This move was intended to meet the growing demand for new and inexpensive housing. However, there happen to Read more… 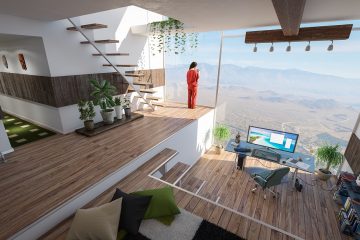 How Flexible Home Design Can Make Your Home Future-Ready?

Constructing a house doesn’t always necessarily mean that you have to build a home. I believe that everybody can succumb to the fact that home designs, as well as interior decorations, play a very sturdy Read more…